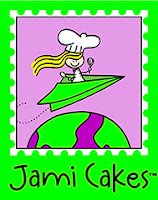 BRUISED ASS FROM THE LOVER’S PARK

We walked back to the hostel and I did a bit of writing while Mark made himself some toast.  80s classics were being played on the stereo, and I brought out some of my canchas piccantes for the lovely ladies of the hostel to enjoy.
A while later, Mark and I headed out for another walk.  Wandering around without much of an aim, we  come to a giant mall with every American fast food chain in site and a Pinkberry and decided to go to the supermarket , getting samples of things, before turning back around.  We walked, soon reaching El Parque de Amor, for the second time that day, where much to our surprise, not as much love as I was expecting was going on.  I would’ve thought the night would have been much more romantic and filled with young lovers.  I was wrong.  It was a bunch of children running around.  We headed back to the hostel where I sliced up my papaya and hung out with Mark and Gustavo for a bit before heading back to my room to write and relax.  I called it a day.
Posted by Jami Cakes at 9:57 PM No comments:

LA to LIMA AND A SENSE OF FAMILIARITY IN BETWEEN

FRIDAY APRIL 27, 2012, LA to LIMA AND A SENSE OF FAMILIARITY IN BETWEEN

“It smells a little in here?”  Willy asked.  It did.  He opened the window, and we left it to air out while we went for a walk to find some food.  He took me to an old hippy coffee shop that was no longer serving food.  A no go, as we wanted sustenance.  We ended up next to the hostel at a well known sandwich joint called La Lucha.  According to Willy, “it was made famous by a Peruvian chef with a TV show, Chef Gustavo who described it as the best sandwich he ever ate, and now everyone goes.”   I told Willy what I wanted, had a seat and waited while he went to stand in line and get us some goodies.  15 minutes later his name was called and 2 sandwiches were delivered to our table, along side an accidental order of fries, and some juices.  I had a pineapple banana and papaya juice, along side of my lomo (pork) sandwich with shaved red onions on a perfectly crisp and fluffy round of bread.  Willy didn’t put sauce on mine for lack of knowing what I might like, so I got up and got some myself, practicing my spanish.

“Me lo presto?”  I asked, looking at someone behind the counter and taking a bottle of green mayonnaise.  Then there was the red sauce, tasting like a Romesco of sorts.  Salty and a strong roasted red pepper flavor, the two sauces together made my sandwich all the tastier.  The fries were fantastic.  A peruvian potato, with a pink skin and streaks of natural red coloring through the off white flesh, it was crispy on the outside, soft on the inside and a beautiful mix with the green mayo.  Full, and happy, I walked back to my room, said good night to Willy and stayed up a bit longer trying to buy tickets, before the internet went out on me, and I said goodnight.